Picture From The Past

ca 1910 – the Wood Island Hill. Left J.L. Younker’s Jewelery store where Carl Boehner learned his trade. Two warehouses. On the right, part of the Ive’s & Murdock store shown, house Arnold & Peggy Iriving lived in the 1960s, next McKeeman residence, next Dr. George & Hal Inman and Mort MacLean’s. Note the horse and buggy going on the hill. Also the hill has been cut down twice in my time in Montague. You can really notice by the graveyard, the hill used to be level with the graveyard and across the street where I grew up, believe the first time was in the 1960s. ~ Donna Johnston Collings 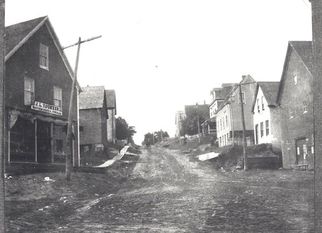 Another Image From The Past 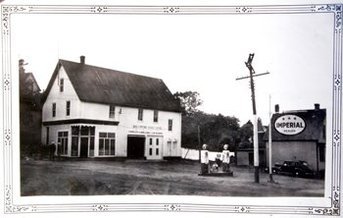